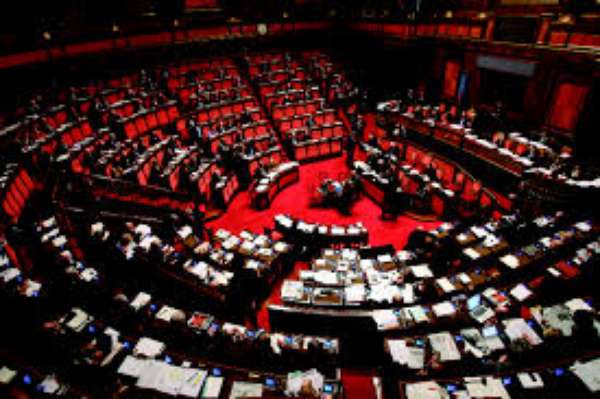 Is the discovery of natural resources necessarily a good thing? Examining data from Brazil, this column finds that a 10% windfall in government revenues leads to a 12 percentage point increase in corruption and a 3 percentage point reduction in the probability that politicians have a degree. The chance that an incumbent is reelected raises by over 4 percentage points.

Suppose new oil is discovered in a country, or more funds are transferred to a locality from a higher level of government. Are these windfalls of resources unambiguously beneficial to society?

This is a key question in the study of a variety of issues in macroeconomics and development economics, such as intergovernmental relations, transfers to lagging regions like the EU’s Structural Funds, and international aid to developing countries.

Until a few years ago, the only reason for a negative answer to this question would have been provided by the “Dutch disease literature.” A natural resource windfall can lead to a decline in income via a market mechanism, notably an appreciation of the real exchange rate that renders existing industries uncompetitive. In the last few years, a growing literature and much anecdotal evidence has argued that a windfall of natural resources can have further adverse effects through the political process and the interaction among interest groups, leading for instance to increased rent-seeking (see Tornell and Lane, 1999, Velasco 1999) or even to civil war (see Ross 2006, Besley and Persson 2008, Caselli and Coleman 2008).

In a recent Vox column, Caselli and Michaels (2010) argue that oil discoveries in Brazilian municipalities have a positive impact on public good spending, but little or no effect on the quality of public good provision. They also provide indirect evidence that this might be due to rent-seeking and corruption. Litschig (2008), instead, shows the positive side of windfall government revenues. Exploiting the sharp variation of federal transfers to municipalities at the population thresholds established by the Brazilian constitution, he finds that an increase in funds increases spending on public education and improves literacy rates.

THE RESOURCE-POLITICAL INSTITUTIONS LINK
In a recent CEPR working paper (Brollo et al. 2010), we focus on the existence of a “political resource curse,” that is, the possibility that windfall government revenues worsen the functioning of institutions by reducing the degree of political accountability and deteriorating the quality of elected officials. We tackle this political resource curse with both theory and data.

The theory studies the electoral competition between an incumbent and a set of challengers, all with different political abilities and different opportunity costs of entering politics. The incumbent faces a trade-off between using public resources for personal gains (corruption) and maximising the probability of reelection. Our model highlights three specific channels of operation of windfall government revenues through such a political process. First, an increase in resources available to a government leads to an increase in corruption of the incumbent (a moral hazard effect). This happens because, with a larger budget size, the incumbent has more room to grab political rents without disappointing rational but imperfectly informed voters. Second, a larger budget induces a decline in the average ability of the pool of individuals entering politics (a selection effect). This is a byproduct of the first result (that rents increase with budget size) and of the assumption that political rents tend to be more valuable for low-ability candidates (who have fewer outside alternatives). Third, there is an interaction between these two effects that further increases the adverse consequences of a windfall of revenues on political corruption: an incumbent facing less able opponents can marginally grab more rents without hurting his or her reelection prospects.

We thus take these predictions to the data using a random sample of Brazilian municipalities. The obvious problem in testing the effects of government revenues is, as always, how to identify exogenous changes, that is, changes that are not completely driven by unobservable factors determining both the level of public resources and the outcome of interest. Indeed, one can think of a number of reasons why local government revenues might be correlated with both corruption and the quality of politicians. For instance, corrupt politicians might have a comparative advantage in obtaining higher transfers from other levels of government; or poorer areas might select low-quality politicians and, at the same time, receive higher transfers for redistribution purposes.

To address this empirical problem, we combine three different datasets. The first contains information on a programme of federal transfers to municipal governments, determined in a discontinuous fashion by population size; the second consists of data on a programme of random audits on local governments, with detailed reports on corruption charges; the third provides biographical and electoral information on the incumbent mayors and their opponents in municipal elections. We exploit a key feature of the federal transfers programme that all municipalities in the same state and in a given population bracket should receive the same amount of transfers. As a result, the comparison of municipalities just below and just above each population threshold provides a clean source of exogenous variation in the amount of money received by Brazilian municipalities. This “regression discontinuity” setup allows us to study the impact of a change in revenues on both the corruption of the incumbent mayor (as measured by the random audit programme in the spirit of previous work by Ferraz and Finan 2008) and the composition of the pool of opponents (as captured by their years of schooling and private sector occupation).

The empirical findings accord well with the implications of the theory. An (exogenous) increase in federal transfers to the municipality by 10%:

As a result, the incumbent who receives higher transfers experiences a raise in his probability of reelection by 4.1 percentage points (about 7%). We therefore detect evidence of a political resource curse in terms of increased corruption and worsened quality of politicians.

CONCLUSIONS
These findings have important policy implications. Lagging regions or countries often receive additional funds from higher levels of government or from international organisations, to make up for their underdevelopment. But since a common cause of economic backwardness is precisely the poor functioning of government institutions, the risk that these additional resources could be counterproductive cannot be neglected. Our results, however, are not inconsistent with higher transfers to municipalities increasing the quantity and quality of public services provided to the local population. For example, as discussed above, Litschig (2008) finds that an exogenous increase in funds to Brazilian local governments raises educational outcomes. Nevertheless, our evidence suggests that these specific benefits are accompanied by a general deterioration in the functioning of local government institutions.