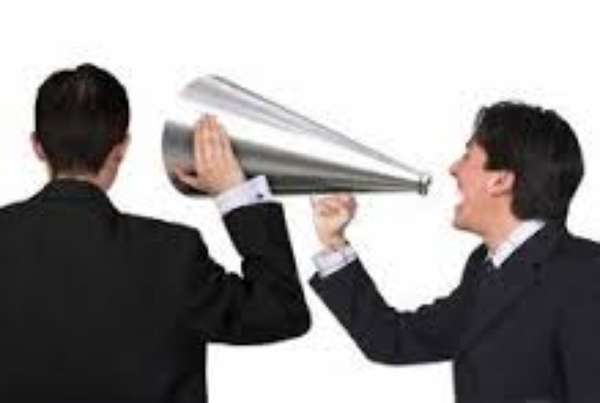 The perceived tone of a product or political advertisement affects public response – even holding constant the content of the message. This column provides evidence that men and women react differently to positive and negative tones in electoral advertisements. Negative advertising increases voter turnout among men but not women; positive advertising tends to win women’s sympathy but alienates men. This should inform gender-specific tailoring of targeted advertisements.

Persuasion is an art which is critical to success in politics, business, and a personal career. ’Persuasive communication‘ – as defined by DellaVigna and Gentzkow (2010) – is used, for example, to convince:

Most often this persuasion is exerted by individuals, firms or political parties who send competing messages to potential receivers.

A key decision in competitive persuasion is whether to be aggressive – running a campaign against potential rivals – or to be assertive – concentrating on self-promotion. For example, marketing strategies range from pure brand promotion to comparative advertising, political campaigns may feature both positive and negative advertising. Even coworkers competing for promotion may choose to praise themselves or to belittle others.

For instance, should advertisers use the same arguments to convince female and male buyers, or should persuasive communication be gender specific?

A recent empirical literature indeed suggests that gender differences emerge both in the attitude toward competition and in the performance obtained in competitive environments (see Croson and Gneezy, 2009, and Bertrand, 2010).

SHOULD WE ALSO EXPECT MAN AND WOMEN TO REACT DIFFERENTLY?
To tackle this question, we study gender differences in the response to competitive persuasion in a political campaign (Galasso and Nannicini 2013). We use a survey experiment in the field, run during the 2011 municipal election in Milan, to analyse the effect of positive vs. negative electoral campaigning on turnout and voting behavior of male and female voters. A seminal experiment by Ansolabehere et al. (1994) suggests that negative campaign messages reduce voter turnout, but does not study gender differences. Following studies have found mixed results.

EXPERIMENTAL DESIGN
We implemented our experiment by providing four surveys to an online sample of about 1,500 eligible voters. Respondents to the initial profiling survey – conducted at the end of March 2011 – were randomly assigned to two treatment groups and a control group exposed to neither campaign. There was one treatment group each for the positive and negative campaigns.

Since actual political campaigns consist of various communication tools which potentially reinforce each other, we expose individuals in our sample to four devices of political persuasion:

Each of these items was presented to the two treatment groups in a positive or in a negative tone. Both positive and negative ads addressed the same issue, with the same format, and in the same setting (i.e. video images, length of the letter).

After administering each of the four tools, we used the corresponding survey to measure their instantaneous effect on the perceived credibility and approval rate of the candidates, as in a standard survey experiment. All campaign ads and videos can be watched on the experiment website.

The ’in the field‘ component of our experimental design comes from collecting (self-declared) turnout and voting choices through a fourth survey, run in the days immediately after the 15-16 May election. These responses enable us to evaluate the overall effect of our randomised campaigns on electoral behaviour.

RESULTS
Our empirical results show large differences in the gender response to political persuasion strategies. In fact, male and female voters respond in opposite ways to the degree of aggressiveness of the opponent’s campaign.

Overall, these effects amount to persuasion rates ranging from 21% to 24%.

WHY DO MEN AND WOMEN RESPOND DIFFERENTLY TO POLITICAL ADVERTISEMENT
Several channels may be at work.

Since the 2011 election in Milan was a mixed-gender race between a female incumbent and a male opponent, women might have particularly disliked a negative campaign by a man against a woman. However, we exploit a 'natural' experiment, consisting of an attack by the (female) incumbent – Letizia Moratti – to her (male) opponent – Giuliano Pisapia during a campaign debate on Sky TV, to show that gender identification is not a first-order mechanism in our sample.

Although this correlation is confirmed in our sample, ideology only partially accounts for the higher responsiveness of women to the positive campaign run by the left-wing candidate.

Women may just have a lower taste for competition  – especially if aggressive, both when they are active players – as shown by the existing literature – and when they are passive receivers of messages of competitive persuasion – as in our experiment (Paserman 2007).

CONCLUDING REMARKS
The diffusion of social networks and the ability to process the huge amount of information collected in large datasets have allowed sellers and politicians to precisely identify their preferred targets: undecided, potential buyers, and swing voters. Our results suggest that since the ads can now be targeted to the right receiver, the message should be tailored to persuade her or him.

Galasso, V and T Nannicini (2013), “Men Vote in Mars, Women Vote in Venus: A Survey Experiment in the Field” CEPR Discussion Paper No. 9547.